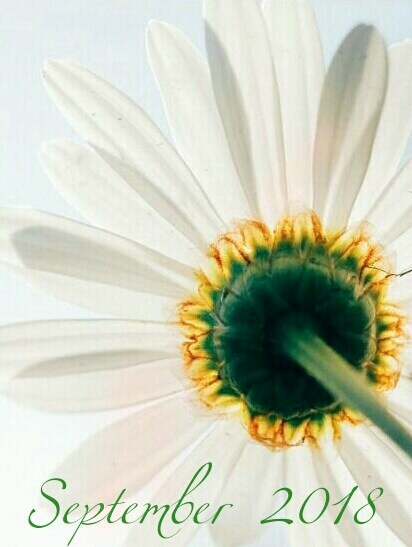 Happy Birthday Virgo! This Month, your Energy rules supreme & we’re all encouraged to focus on your mantra for life! It’ll be nice for you to have people tick in a more harmonious way with you. We’re ALL tasked to look at the finer details of our routines… be they diet, exercise, play or work, with a view to streamlining, simplifying & becoming ultra efficient. The best side of Virgo shows love by  assisting others in practical ways, always striving, considerate & KIND.

This Month I’m excited!! Things are going to start rockin’ & rollin’ folks… FINALLY!!! There’s nothing worse than star gazing & seeing not much inspiration on the immediate horizon, when we’ve all been so tired, frustrated & OVER IT! But hey… we’re here & we have a seriously realistic view of everything. True, many an illusion has been shattered, but honestly, we’re reality tested, honed back to our bare bones & forces to be reckoned with! Is anyone going to be able to mess you around now? Um… NO! This Month you can start adding colours back to your palette because your stark core structure is obvious… it’s time for some decorating. Straight up I’m flagging a really lovely few days for your calendars… from the 12th through the 15th, Venus, The Moon & Jupiter, all Emotional, Spiritual & Creative Planets, are harmonising beautifully. It’s been a while since we’ve seen this, so tee up things that make your heart sing & for Singles especially… mingle!

September is our “breather” Month!! Not only do we have the Vernal Equinox, on Sunday the 23rd, but we get a real change of flavour & theme, with not only Direct Planets, but three of them  changing Signs. Mercury becomes less heated & impulsive, He’s moving into Virgo, so our reasoning & what we convey is more paced & grounded. Venus leaves Libra for Scorpio; what we value & love becomes deeply magnetic, hypnotising & intense. Mars leaves Capricorn for Aquarius, where we have the Universal OK to act on the abstract & perhaps get a pay off from choosing that rad quirky option. What’s greatest about all this also is that all three of these Planets are really happy in the Signs they’re moving into. If the Planets are happy? We’re happy too. There’s a FLOW. Please don’t waste it!! We get this window to further improve things which are steadying, before heading back toward some rockier terrain.

Mercury moves out of his Shadow on the 3rd of September. He’ll still be in Leo, but shifts into Virgo on the 22nd. So He’s on mission again, cart wheeling along, catching up with the Sun & passing it. As Virgo is Ruled by Mercury, He’s high functioning here & this is one of the best problem solving periods of the year. Our thinking is likely to become discerning & laser sharp. It’s about getting things *just so*, perfected. He’ll be passing through Virgo in full tilt, leaving on the 21st, to go into Libra. If you want to shake the dust off any of your stalled ideas & plans? If you want to get things up & really humming? Use the second & third weeks of this Month. Next Month, we’ll be back to debating our new found ins & outs, more relationship focused than practicality orientated. Set your day to day up now so you’re free to focus elsewhere in October.

Beautiful Venus is currently in Libra, shifting into Scorpio on the 10th. She’ll be going Retrograde next Month, however on the 3rd of September, She’ll be entering her Shadow zone. This means She’ll be coming back to this point on November 17th, before She goes Direct again. I mention this because we can usually get a glimpse of what the whole Retrograde Cycle will mean for us, in this first week! Eyes open, listen up. Clues may seem insignificant & subtle, but you’ll likely be focusing in on whatever appears now. Venus Retrograde can return past money issues, past friends or family members & past loves. This doesn’t have to mean someone or something shows up on your doorstep though. It can simply bring thoughts of people you haven’t heard from in ages, or you could find yourself reminiscing, or hearing news of them. Venus was last Retrograde during March & April, 2017. Though the Signs she was in were different, (Pisces/Aries), it’s possible you’ll be able to recognise signs & symptoms from back then. You’ll be able to manage their recent incarnation all the better from your past experiences.  That Venus is currently in Libra is fortunate, as Libra strives for harmony, balance & diplomacy wherever Her gaze rests.

Mars has just gone Direct, having worked his way back into Capricorn. We’ll be able to get some traction now & wrap up anything that’s been slipping through our fingers since about mid May. He’ll start to pick up speed again, having had Him virtually at a stand still for SOOO long has been more than frustrating, right? He’ll be going forward, into Aquarius on the 13th… out of his Shadow & on his way on October 9th. Having said this, He’s still Squaring Uranus in Taurus for a while, so the changes & shift forward may prove a little jerky (the 25th through the 28th especially). I’m not sure any of us will really mind, we’ve been trying to catapult ourselves forward to no avail, but now we just might get surprisingly landed exactly where we’d wanted to be all this time.

Jupiter is a happy chappy throughout September too, bringing us positivity & putting a spring in our step, as a good Jupiter should. He’s Trining Neptune in the first couple of weeks & we’ll again have the ability to imagine in colour, hatching a new nest full of hope. Your proviso is not to don those pink sunnies again, but rather to form NEW healthy, heart-centric wishes, using your hard won skills of keeping both feet FIRMLY on the ground. Pluto is turning Direct at the end of this month as well, so Cardinal Signs, Capricorn, Cancer, Aries & Libra, can all rest assured… Mars, Saturn & Pluto ARE all moving along, albeit too slowly for any mere mortal. For all of us, it’s onward with our transformation.

Lastly, & before I get into the Moons for the Month, Guys… seriously… all hail Saturn Direct on September 6th!! Saturn is our Task Master. Saturn is Teacher of Tough Lessons. Saturn is our worst nightmare, but ultimately, our best friend. Wherever He impacts, He’s no joke. He’s the Cold, Hard Facts… the truth & nothing but the truth. When He’s Retrograde, our Energy turns inward & we HAVE to get real with OURSELVES, it can feel really heavy. BUT, now He’s turning Direct, we can actually start to DO something about getting what we want. We’ve been pulled backwards since about mid April & left feeling alone & pretty much outwardly powerless, in September though, we get to take action (which STICKS) toward what we truly *need*. Work toward feeling nourished, safe & sound. Saturn is making such a positive Aspect over to Uranus in Taurus for most of September. This should allow us to innovate with a certain level of flexibility & we’re certainly supported in trying something different. Do NEW! Ok, even if it’s not that new, at least try doing something old in a new way!

The New Moon, on the 10th of September, is at 04:01, @17 Degrees Virgo is like our Spring Cleaning Moon & so many Planets are involved, it’s very powerful! I think it’s our perfect opportunity to start integrating all the change & transformation we’ve been through. So much has involved other people & their needs, have you really stopped & had a good look at where YOU’ve found YOURself now? Virgo Energy can help you with themes of self improvement, self care & self worth! Put practices in place which make you feel both mentally & physically stable. We have support from Pluto (the transformer!) to both the Sun & the Moon. Move past the fear of the future or how you’ve been criticising yourself in how you get there! We also have Neptune Conjunct the Moon, which will help us incorporate a Spiritual bent, but we’ll have to balance all the Virgo Earth Energy with the Misty, watery qualities of Pisces. We can access our untapped or subconscious selves & make things real as long as we check our FACTS & resist blanking the parts we don’t like. Mercury, Saturn & Uranus are all lined up harmoniously to help you sensibly process information for your new ambitions. Venus is involved too & She’s conversing with Uranus, so you’ll be able to shatter your old restricting beliefs & start to work with what you know to be right for you. Our Faith has taken a beating for sure, but it hasn’t mean you’ll never achieve what you’ve always wanted. Perhaps you’ve just needed to swap a few things out. This New Moon is almost tailor made to bring things together for you IF you keep it real.

The Full Moon, on the 25th, is at 12:52, @2 Degrees Aries & to be honest, this one is a little pressure packed, even for a Full Moon, & it’s ouchy, but hey… it’s not an Eclipse! Mercury, Mars, Saturn & Uranus are all highlighted, feeling feisty & probably a tad argumentative.  Mars, in particular, is quite pivotal to this Full Moon, in as much as He’s Aries Ruler. He has both good & bad Aspects going on right now. On the one hand, He’s squaring up with Uranus, both of them rebels & a little unpredictable! But on the other, He’s supported by the Sun (optimism) & Mercury (communication). You can take the high or the low road with this. You can jump into conflict “armed & dangerous”, or you can smile & walk away to think things through. Think long term rather than instant gratification. Saturn is involved & so if damage is done, it’s not likely to blow over. Having dealt with the challenging Aspects, there IS some great Energy to tap into! Jupiter (expansion) is talking to Pluto (transformation) & Saturn (structure) will still be hanging with Uranus (change). Make of that equation what you will. At the end of the day, Aries is super dynamic & Mars is willpower, if you harness this Energy productively, you can make almost anything happen!

Yellow Calcite seems a good Crystal for this Month, it’s Energy helps bring in a sense of optimism & hope. This Crystal is very useful in overcoming frustration, anger & stress & aids in releasing our tendency to over analyse, by soothing our nervous system. Yellow Calcite has a soothing tone, instilling joy, happiness & a sense of inner peace. Able to eliminate sluggish Energy & blockages from our bodies, this Stone gently stimulates our mind & can improve memory. All in all, Yellow Calcite helps us integrate change into our lives, it allows us to grasp new creative concepts & implement them for a brighter future.

Have a Happy, Healthy, Inspired & Productive Month Everyone!!

You can find Yellow Calcite in its many forms at Sacred Source & you can book a Personalised Astrology Consultation or Tarot Reading with Tiana, or any of our other gifted Readers, by calling the shop on 9509 2421. We’re open 7 days =)