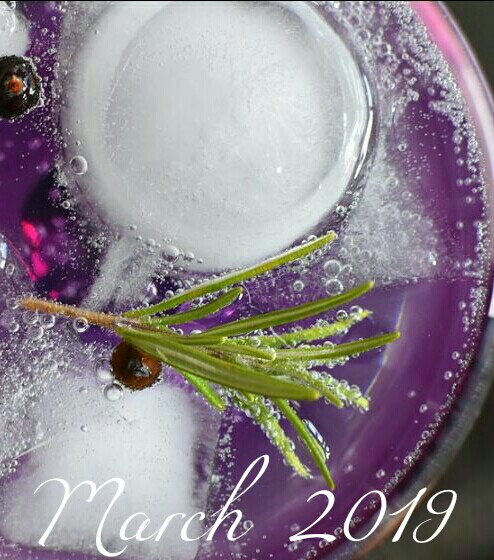 The time has come, the Walrus said, to talk of many things: Of shoes & ships & sealing-wax, of cabbages & kings, & why the Sea is boiling hot & whether pigs have wings…

Welcome to March, Happy Birthday Pisces! Hopefully some of you will really have had opportunities to get unstuck during the past Month, with the Energy having been forward moving. All the Planets were Direct, so I’ve been hearing about a few doors & windows opening & progress being made possible. As I said last Month, February was more New Year like than January. March promises to be a great Month, depending on where your focus lies… lies being the operative word! In the hazy & illusory place of Pisces Land, deception, of ourselves or others, may well be rife. It is, however, a Phantasmagorical Month for Imagination, Fantasy & Creativity… Romance is starred as well, but we all run the risk of painting pretty pictures which aren’t necessarily reflective of reality. If you’re having trouble distinguishing between fact or fiction, make sure you have an anchor. Something or someone who brings you back to Earth & helps you see sense. Lewis Carroll, in his Poem The Walrus & The Carpenter, has summed up this Month perfectly. Don’t end up an oyster!!

We have a Mercury Retrograde (from the 6th through the 29th) & it’s all going down in Pisces. Mercury doesn’t necessarily excel at logic & discrimination here, so we might find our thinking a little foggy & there’s a distinct need not to assume, but rather to ask questions & clarify any conversations & plans you’re making. I won’t bang on about the “perils” of a Retrograde Mercury, but I will say that as this is a Water ruled Rx. It’s extra murky so beware of flooding washing machines or dropping your phone in the pool or toilet! Keep your latte well away from your devices… as we know, electricity & water don’t mix. What this IS good for though, is intuition, gut feelings & questions being mysteriously answered. Song lyrics usually speak *volumes* during this time, as do colour & poetry. Old friends & family often pop up & fill in blanks for us. Our emotions tend to rule over our heads & it’s often hard to find words to express how we’re feeling. Take it as easy as you can through March & spend time with yourself, it’ll help you process & feel better. As the Sun is in Pisces too, your imagination should soar & you’ll probably sleep a lot better too.

Venus, Our Planet of beauty & love has been in serious Capricorn, but at the start of March, She’s done her time mulling over the bare bones of our relationship beliefs & makes a break for it, into Aquarius. We get out of our suits & twist our locks into space buns! This is a lighter, more spontaneous, curious, experimental & quirky Energy with respect to our love lives, finances & value systems. Hoorah, I say! She has her good & bad days this Month, but over all, we can afford to relax & be a little more optimistic & play full now. We start with Her having a conversation with Uranus, which we can use to bust ourselves out of a few ruts, but we’ll need to be careful not to go out with a sudden big bang. I’m writing more on Uranian shenanigans below, but suffice to say, freedom of expression in a “don’t pin me down” way will abound. It’s a good time to walk that “together yet apart” line, as opposed to being “joined at the hip”.

Mars is in Taurus & it seems there’s some debate about how comfortable He is here. As He’s our drive & momentum, some say he slows down & tends to get bogged down , as Taurus is an Earth Sign. But I believe He’ll do quite well now, because He’s thorough, thoughtful & steady. Methodical. Quite handy really, as Mercury is definitely dazed & confused… we can really use some grounding. Mid Month, Venus comes along & we get a flare of Masculine Vs Feminine angst! This will hold for a couple of weeks, until Venus glides into Pisces near April. Great for sexual tension & again, for creative pursuits! But the aspect made also tends toward being a little pushy, overbearing & arguing for augments sake. As long as you aren’t trying to force or rush, what you want will come to you through applying diplomacy & charm, with slow & well paced action…

… which is a good thing to keep in mind, because the hottest Astro topic in March will surely be Uranus moving into Taurus on the 6th. When Uranus changes Signs, He usually does so with shameless audacity. As Taurus is an Earth Sign, we might see some big weather events & disturbances. If we add that the Sun is in Pisces, water may feature strongly in this too. After He makes His stunning entrance though, He’ll go on to change up all things Taurean. Taurus Rulership pertains to finances, the economy, security, resources, urban development, the land, farming & agriculture, farm animals… conservation & sustainability. As Taurus is Ruled by Venus, our leisure time, beauty & creativity, art & music are all up for a BIG trend change too. Perhaps the way we love & what satisfies us is in for ongoing contemplation as well. If you’re unsatisfied with your love life, you may gradually start to rock the boat for change. It’s time to get more of what you like! Uranus is all about revolution, rebellion, & innovation. He abhors The Status Quo. So lets see, once he settles in, what the next seven years or so bring us. Uranus was in Taurus last over 80 years ago! If you’re a history buff, you can go back & research what was going on in society during that era. There’ll be tie-ins, for sure.

Jupiter in Sadge is cruising along merrily though mid Month, He does have aspects to both the Sun & Mercury Retrograde. Often this results in a LOT of furious talking, be that angry furious or madly active furious! As Mercury is Rx, this may be a rehash of old stories & tension points, possibly harking back to last November/December. We’ve got an opportunity to set the record straight, but as the aspect is a bit intense, we need to ensure we aren’t throwing more petrol on smouldering ashes. Knowing which fights to pick & which to leave well alone will save us right now, so choose wisely. For the most part, Saturn & Pluto are playing nicely, so we can leave them at that, for now.

The New Moon falls on the 7th of March, at 3:03am, @15 Degrees of Pisces. This is a truly beautiful New Moon, Conjunct Neptune! Of course I can’t see your personal Natal Charts, but all up, this should be a super lovely couple of daze. The high end of this is Spiritual bliss, immense intuition & sensitivity, boundless imagination & dreams so beautiful, they’re probably impossible to find words for. The lower end is being spacey & ungrounded, having trouble working out what’s real & what’s not &… possible delusion & confusion. It’s all good to think big, but for now? Perhaps keep your ideas & words to yourself. Sew quiet seeds. In the following days, well after the Sun & Moon have separated, Saturn in Capricorn (reality) & Mars in Taurus (drive) offer us some good Earthy influences & practicality. They give our Pisces Boundary-less imagination something to push up against, to find where we begin & end. Yes, this probably sounds confusing, but that’s how Pisces & Neptune ARE. If you try to contain Water in your hands, it’ll trickle through your fingers eventually. So go with the flow, DREAM & enjoy this while it lasts. Put your hearts intentions (whatever they may be) out there & FEEEEL the outcome. Don’t just visualise it, feel it. Pretend you already have your wish. Make-believe it’s already real.

The Full Moon is on the 21st of March, at 12:42pm, @0 Degrees of Libra. This is a far more complicated & tense kind of Moon than the one above. The Venus & Mars Energy, touched on earlier, will be at its peak, whilst Mercury & Jupiter are also conversing. As this Full Moon is at the VERY beginning of Libra, the Sign of partnerships/relationships, we may have things come to light in a way we haven’t seen them before. 0 Degrees of a Sign can be seen as a reset, or a reboot point. Depending on your situation, things can play out in a myriad of different ways. As I’m always saying at Full Moon time, whatever is revealed to you, just sit with it & even though you’ll probably feel some sense of urgency, wait. Often, a couple of days afterwards, you’ll be seeing everything in a vastly different way. You wouldn’t want to regret some previous form of spontaneous combustion! The Sun will be in Aries (all about ME) & the Moon will be in Libra (all about WE/US). New agreements & arrangements can be made if you apply the Libran concepts of kindness, fairness & equality. Libra is always able to see both sides of a story, their challenge is to find a middle ground.

Our Crystal for the Month is Amethyst. I think this Stone is exactly what we all need EVERY Pisces Season! I’ve mentioned it before… this is the Crystal the wise kept on them in ancient times. It kept them sober & with their wits about them during Symposia. Amethyst helps us to think clearly & rationally, it’s a Stone of purification & protection; shielding us from negative influences & mental confusion. By keeping a piece nearby, we keep our Chakras aligned & in balance. Amethyst is used in Violet Flame Healing to transmute negative Energy to a positive vibe, always a good thing.

Enjoy the last few weeks of warm weather & have a great Month, Guys!! May Pisces Love & Inspiration be with You.

You can find Amethyst in its many forms at Sacred Source & you can book a Personal Astrology Consultation or Tarot Reading with Tiana, or any of our other gifted Readers, by calling the shop on 9509 2421. We’re open 7 days!