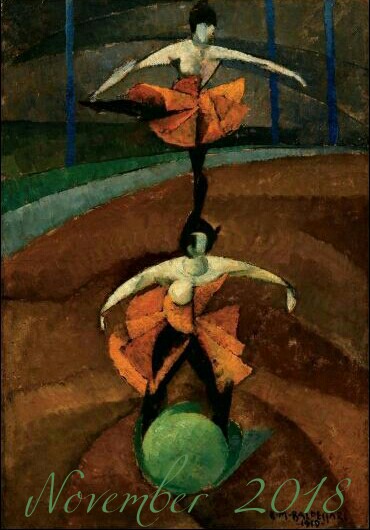 LOTS is going on this Month, pretty much from the get go, with not only the Sun, but four other Planets changing Signs. We usually feel the collective energy realigning when it’s just the Sun, so this will be BIG. I’ll start out with the Personal Planets (Mercury, Venus, Mars, Jupiter, Saturn), so called because they are closer to Earth, faster moving & tend to effect our day to day lives in a more immediate way than the “Outers”. Outer Planets (Uranus, Neptune & Pluto), are those farther afield & slower moving, Their movements usually impact us in a bigger picture & longer term way, but because they move at a slower pace, the changes they instil are a little more subtle. Never the less, we are influenced in one way or another!

Lets start with Mercury, who’s just gone in Sagittarius. This placement is a tricky one, because Sadge doesn’t necessarily stop to think things through before speaking up! If we consider Mercury to be the way we process thoughts & talk, we can tend to suffer foot in mouth syndrome around now.  Add to this that He’ll be Retrograde, as of November 17th, & knowing Retrogrades can cause a fair amount of miscommunication & confusion anyway, we can see we’re bound to get a bit muxed up during November. The remedy is to slow down & think things through before saying anything or taking action. He’ll be going back into Scorpio before turning Direct again on the 7th of December.

Venus is still Retrograde Herself, having turned so on October 6th. I talked much about this last Month, so I’ll just mention that though Her backward phases can be trying, She’s going back into Libra as I write, a far more diplomatic, balanced placement. She’ll become more compromising & solution orientated than She was in Scorpio. So if you’ve experienced difficulties with your relationships or finances, now’s your time to wade in & start getting things realigned! She turns Direct on November 17th, interestingly, the same day Mercury goes Retrograde.

Mars though, is boogying ahead in Aquarius & is not causing us too much grief… Hoorah! He’ll be one of the above mentioned Planets changing Signs, going into Pisces on the 17th. Mars is… mysterious… in Pisces & He acts in a TOTALLY different way than when in Aquarius. There are three main things to remember: First, Mars comes from an emotional place in the Sign of the fish. Second, he’s introverted & a little sly here & Third, He’s not particularly driven to kick goals & achieve. As He’s our Planet of motivation & drive, things are about to get a little “soggy”. I’d say we’ll need to keep a detached eye on how we’re acting from this point onward, making sure we don’t idealise everything, over react or make decisions based solely on how we feel. Mars here spends a LOT of his time in His imagination, which can be great! But pay extra attention in the Real World too, where accidents & incidents can happen all too easily.

This Month Pluto holds fast in Capricorn along with Saturn, underpinning our daily lives with a dull throb, but at least neither is in full on reprimand mode for the moment! Jupiter however is about to catch Fire. He’s been in Scorpio for the past Year or so, so His shift into Sagittarius from the 10th will be a significant one. Many believe when a Planet Transits through the Sign it Rules, it’s energy is super amped up & “purer”. This will be interesting folks because Sadge is already a Super Amped Up Sign! Jupiter is “EXTRA”, Jupiter is the helium balloon, the rainbow, the three ringed circus & great expander of the Multicosmiverse. In short, where Jupiter goes, Jupiter grows. As He’s in Sadge, His magnifying glass will be focused on Spirituality & Religion, foreign Culture & travel, our Global connections, teaching, learning, publishing, philosophy & pontificating. Jupiter will inspire us, expand our beliefs & help us find our mission! On the challenging side he really can cause us to bite off far more than we can chew & to over promise. Beware of taking on too much during the next 12 Months & running the risk of burn out. Know your boundaries. Where Jupiter falls in your personal Chart is where the above will play out, so it’s worth calculating that now.

Uranus also changes Signs by Retrograding back into Aries, going Direct in January. Where we’ve had an epic battle to liberate ourselves from some seemingly immovable force is due for one last skirmish. The themes here won’t be unfamiliar & though you’re probably sick & tired of ongoing conflict somewhere in your life, this final round is meant to send you on your future path *for good* Those of you who like the symbolism of the Tarot, the Vl of Swords is the image to keep in mind now. By April next Year, we’ll finally be landing our kayaks on Taurean shores & onto our next Freedom Quest. What this means to you personally will depend on your own Chart yet again, but broadly speaking, Aries, Cancer, Libra & Capricorns can breath a sigh of relief. Taurus, Leo, Scorpio & Aquarians? Your mission is coming down the pike!

Neptune, also in home Sign of Pisces (since 2012) will be adding His quiet support to Jupiter & I think that’s interesting! Back in the day, both Sadge & Pisces were Ruled by Jupiter & though Modern Astrology has attributed “new” Planetary governance to the Sign of the Fish, it’s beyond dispute that both Signs have an extremely Spiritual bent to them. Though Neptune will be in Pisces until 2025, this Jupiter Sadge Transit is a significant phase. I’m placing extra emphasis on the Spiritual side of Jupiter’s journey through the Sign of the Centaur, due this & I believe we’ll have a year to recognise & reconnect to our Souls in a way many of us haven’t experienced to date. The energy is here, but how each of us will choose to perceive it will differ, obviously! As a collective, we SORELY need to place more emphasis on our Hearts Purpose & how we feeeel. If we want to thrive, it’s NOT all about concrete & the material world. You can’t take that with you when you go, so what WILL you take? Your Soul in it’s evolved state! Neptune has been Retrograde (since mid June), but He’s turning Direct on the 25th with wing-man Jupiter’s influence.

The New Moon is on November 8th, at 3:01am @15″ Scorpio. Yes, it’s intense… but it’s also extremely transformative, on a deep, deep level! I love the fact that this New Moon has such tremendous support from Neptune, in fellow Water Sign Pisces. What are we transforming? Our emotional state! This could be seen as the turning point where after a year of inner reflection, we now get the opportunity to take our first brave steps forward in our new skins. Sooo much has been about letting go of things that perhaps we valued highly & truly loved, with this Moon we can finally start to settle into ourselves again. What are you emotionally aligned with now? What are you passionate about? Set your intentions based around those things… stretch… reach!

The November Full Moon is on the 23rd, at 16:39 @0″ Sagittarius & it’s fair to say this is a super complicated one. Falling on a Friday here in Oz, I’d recommend keeping your diary as clear as possible today & in fact, probably planning a quiet weekend too. The Planets are all in argumentative Aspects, too many Squares & Oppositions to go through here! Give those who trigger you a very wide birth & avoid taking chances; verbal or physical! Tempers tend to go from 0 to 100 in a millisecond with a sky like this one, but what IS on our side is Mars in harmonious conversation with Saturn. It’s a good time to work on some home project, or project at home! Allow yourself some space & you’ll be able to achieve much. With any challenges you do have to tackle, do so quietly, from a mature, grounded & sensible place. Be the calm eye of the storm, not the wind swirling around it.

Our Crystal for November is Rhodochrosite, a pink Stone which is full of joy! This Crystal helps us reconnect with our childlike energy, allowing us to express our creative selves. On another level, it’s said to boost self awareness, aiding to balance out ego, whilst refreshing the subconscious mind. A great Stone to help us sleep peacefully & for those who suffer from nightmares, put some beside your bed. Rhodochrosite holds a strong heart Energy, helping us love ourselves & others from an unconditional, pure place. A great Jupitarian Crystal!

You can find Rhodochrosite in its many forms at Sacred Source & you can book a Personal Astrology Consultation or Tarot Reading with Tiana, or any of our other gifted Readers, by calling the shop on 9509 2421. We’re open 7 days =)