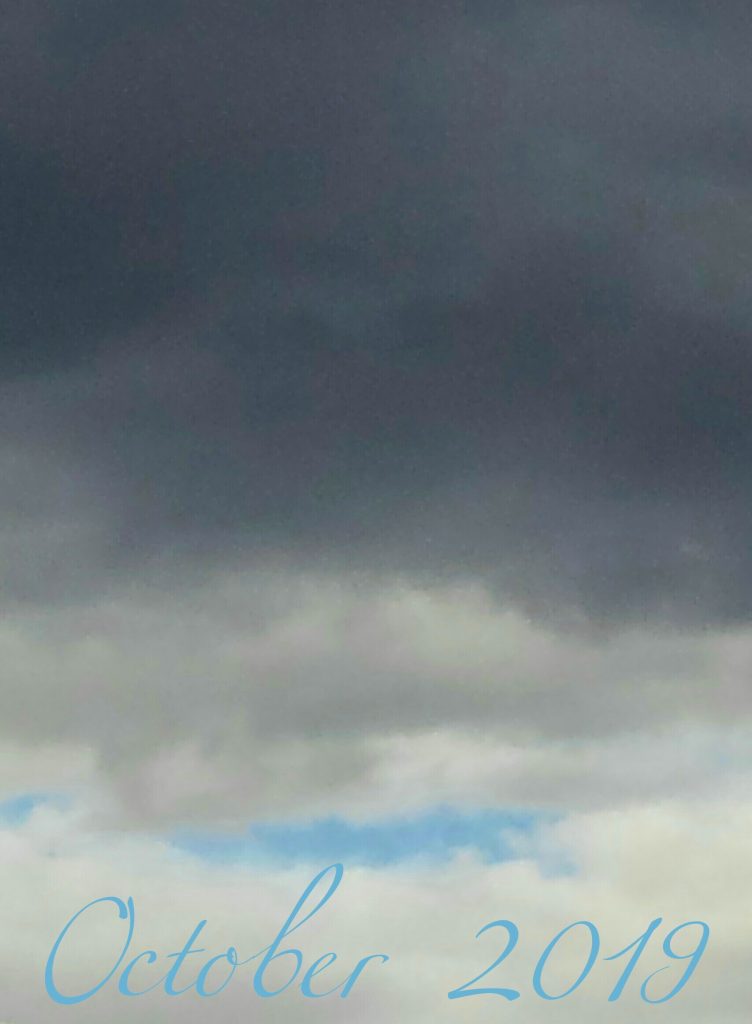 Happy Libra Season Everyone. Things may be feeling a bit mixed up as the Planets have all kinda got ahead of us! During Virgo Season, they jumped into Libra & now we’re in Libra times, many are ahead again & going into the following Sign of Scorpio. The Sun however, IS in Libra & He is always The King. He offers us a nice, overarching Libran flow of diplomacy & grace as we sail along…

First things first, we have an interesting mix as the only other Planet remaining in Libra, Mars (our Planet of motivation & drive), teams up in an odd way with Venus (what we value & love), as She moves from Libra to Scorpio. It doesn’t seem like much until we see that each of them is in each others home Sign, or the Sign that it Rules (Mars, traditional, old school Ruler of Scorpio & Venus, Ruler of Libra). As Mars is typically too feisty & rash for Libran tastes & Venus is too intense & a little dark, in Scorpio, if these two weren’t “holding hands” so to speak, the ride this Month would be a LOT more discordant. As is, in these positions at the same time, we get what’s called a “Mutual Aspect”. It’s very helpful because these two Planets will be more considerate toward each other than they may have been. I always think of it like two very different people who are forced to swap clothes. Though not comfortable, by default, they each acquire a little of the others personality. We have a Warrior in pink & a Goddess in armour. Wherever you find yourself in a push-pull in October, your way through is to recognise the others perspective & approach things accordingly. It may feel awkward or out of sync, but it can be done. There’s always an alternative way to play a game.

On the 5th, Mercury too is entering Scorpio & this usually means we all get a bit quieter. Scorpio is all about internal reflection & there’ll be a prolonged stint of this because Mercury is going Retrograde soon. He goes into His Shadow on the 12th & isn’t “officially” backward until the 1st of November. Never the less, He doesn’t go Direct again until November 21st & forewarned is forearmed. The higher octave of this is that you find time to research your Soul, digging deep to understand your hidden depths & motivations. Whilst He was in Libra last Month, there was a lot of emphasis on relationship. Things may have been discussed on a lighter or more intellectual level, but now we take whatever we were working on into our cave & dig out what exactly to do with it. It’s a long haul, so pace yourself! We’ll go forward to discover “stuff” in October, then backwards through November to mull it all over, then forward again with what we’ve found. I’ll mention that the lower side is a tendency to be manipulative to get what you want, or to be secretive & underhanded to achieve your goals. If it’s not you rocking this, it could be someone around you, so eyes wide open & I dare say keep your cards close to your chest until any suspicions are confirmed. When Mercury goes Direct & into truth seeking Sagittarius mid December, there’ll be plenty of time to speak up.

Uranus in Taurus is kicking up transformational energy, with Aspects or conversations involving Mercury & Venus in Scorpio too. In general, this can make for volatility & rash decision making. Uranian energy is known to strike out of the blue & it packs a punch. The 6th through the 9th are days to be careful of, with outbursts in communication, technology fails & incidents whilst driving all possibilities, so take care guys! Mercury & Uranus tend to produce a Devil may care attitude & Danger Brian will prevail if you don’t keep a handle on yourself. With Venus, around the 12th through the 14th, these influences can cause sudden bursts & breaks for freedom in our relationship & financial realms. Also, as She’s all about our looks, we’ll be a little prone to make sudden, impulsive changes to our appearance. I’m sure in the past many of us have experienced waking up one morning & thinking it a great idea to go cut our hair & dye it peroxide blonde “NOW!”, or do some other Rad Thing that… we later regret. In fact, any beauty procedures aren’t favoured during this period. Unexpected & unwanted outcomes abound, so I’d avoid scheduling anything that holds permanency. Watch out for “What was I thinking??” Syndrome. Sit with your inspiration for a couple of days before actually acting on it.

Whilst all this is going on, Jupiter & Neptune are still conversing, but they’re separating & won’t meet up again for quite some time (June 2025, to be exact). Though both Planets offer a lovely faith driven & idealistic component to our lives, they’ve tangled up a few webs & been clouding our judgement on & off all year. On the one hand, it’s been nice to tap into them when the going got tough. We could find solace in day dreams & the fluffy side to life. On the other though, it’s been hard to ascertain what’s really real & what we can do to set boundaries & stick to the practicalities of our day to day. With these two parting ways I imagine routines will be easier to stick to & traction easier to find. Either way, if you’ve had some ongoing issue or project that kept slipping & sliding all damn year, look back to January 14th & June 16th for clues regarding what’s about to sort itself out.

There’ll be much emphasis on Saturn & Pluto in upcoming months, so I’m not dwelling on them for now. Suffice to say that both Planets are finally Direct this Month & moving us forward toward their Conjunction in December & January. We’re getting there, we’re getting there! They’ve caused some tension throughout September, challenging many of the Planets transiting through Libra, but as we ease into October, we can start focusing on what we REALLY NEED to set up our new platforms & foundations in coming times. Start doing your homework seriously, as we all know that swatting up well before exam time will serve us well. If you tackle your tough spots slowly but surely, the end game will be much easier. As I’ve said before, be kind to your future self! This stint of Mercury in Scorpio offers us the chance to access our core beings for some clarity, if we’re brave enough to face ourselves.

The Full Moon this Month falls on Monday the 14th, at 08:58 @20 Degrees of Aries. As always with Full Moons, The Sun is in the opposite Sign of the Moon & thus causes us a few tense days of polarisation. In this case, the Moon is Ruled by Mars (Aries), a fiery, active, autonomous & somewhat stubborn energy & the Sun is Venus Ruled (Libra), which likes to place priority on partnership & acting in tandem with others. As you can see, this Moon wants none of that! Aries is all about the self: “ME!” Enough to balance this out, but we’ll also have the actual Planet of Venus opposite Uranus & as described above, She’ll be less inclined to smile & bite her tongue through it all. In a nut shell, this is a hyper active & combustible kind of Full Moon. If you can avoid starting any difficult or tricky conversations now, that’ll be the best option. A good way to mitigate this is to spend some time focusing on individual pursuits & giving people space. If something comes up, I’d attempt to defer any D&Ms about it for the time being. The whole Sky is pretty stressed out & if we follow the As Above, So Below Theory, we’re likely to be unsettled, antsy & trigger happy to boot. Conflicts started can easily escalate, cause ongoing conflict & probably won’t prove at all productive. Use the current Uranian influence to detach if you’re able & try not to take things too personally.

The New Moon is on Monday the 28th, at 07:09 @4 Degrees of Scorpio & again, we’re under influences akin to those of the Full Moon. The Sun will now have shifted out of Libra & is joined by the Moon in the Sign. Being a New Moon though, with the Sun & Moon together instead of opposite each other, it does make things a little more congruent. Together, they Oppose Uranus & this offers a BIG blast of energy toward any fresh starts & new beginnings you’d like to make. Mars plays in & He’s talking to Saturn about the rules & regulations necessary to support what you’re putting in place. Where this falls in your own personal Chart is where you’ll benefit most, but generally, all things Scorpio are up for a reset. As this is a Water Sign, transformation of our emotional state is key. Ask yourself what you’re truly PASSIONATE about. How can you align yourself with your own cause? What IS that cause? Scorpio energy is intensely focused once it locks it’s sights on something. So at the very least, start an internal dialogue with yourself & hone in to find what would really bring meaning to your life. Scorpio is not only the mystery but the investigator too. We’re tasked to solve the mystery of ourselves & this New Moon can help!

In view of the above happenings, a Crystal that’ll bring any conflicting energies & disharmony into more balance throughout October is Healers Gold. It’s a mixture of Pyrite & Magnetite. The former offers us qualities of intellectual insight, mental stability & creative thought, whilst the latter has a calming & grounding profile. Both Stones are protective & healing! They help us dispel confusion, tension, fear & many a malaise connected to grief or depression. Healers Gold assists in bringing internal opposing forces together (Yin & Yang) & it instills us with the courage & endurance we need to do so. This is a great Stone to pick up if you’re feeling frustrated or angry… have some on hand for days you’re feeling challenged or overwhelmed.

You can find Healers Gold in it’s many forms at Sacred Source & you can book a Personal Astrology Consultation or Tarot Reading with Tiana, or any of our other gifted Readers, by calling the shop on 9509 2421. We’re open 7 days.